I just got the most random, most intense craving for snickerdoodles. I don’t even really recall liking snickerdoodles, but I want them.

Anyway, I’m here to update you on my training! But that seemed a bit boring, so I’ve decided to make it into a list!

Kind of like a “you know you’re training when…” But really it’s just a list of random random things that I’ve experienced or thought about..

1. The post-run feeling is 25% endorphins and 75% exhaustion.
2. The post-run hunger hits you almost a full 24 hours later!
3. Setting a PDR in the pool makes you so proud! {1100 yards!}
4. Carbs become your best friend.
5. You actually are starting to need more carbs than you can keep up with! {I thought I was the carb queen!}
6. You become well acquainted with the dreaded “wall” when you’re setting PDRs on every Sunday run.
7. People ask if you’ve been going to the lake when really the tan is from running outside.
8. Tart cherry juice is actually quite tasty.
9. Ice baths aren’t as bad as everyone says!
10. Not even 9 hours of sleep is enough.
11. Discovering your food is missing is enough to make anyone angry, but it’s multiplied by ten when I’m already hangry from working out.
12. My pants for work are loose in the hips and tight in the thighs.
13. You’re worried about split ends since showers are being taken so often.
14. You know your legs are tired when going uphill on the lowest gear feels impossible.
15. Pre-workout snacks are a must!

P.S. I would run/bike/swim five times faster than my normal pace if this stud muffin was waiting for me at the finish line! 😉 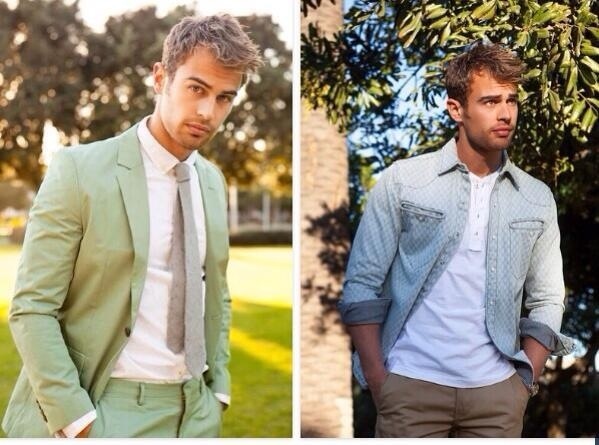