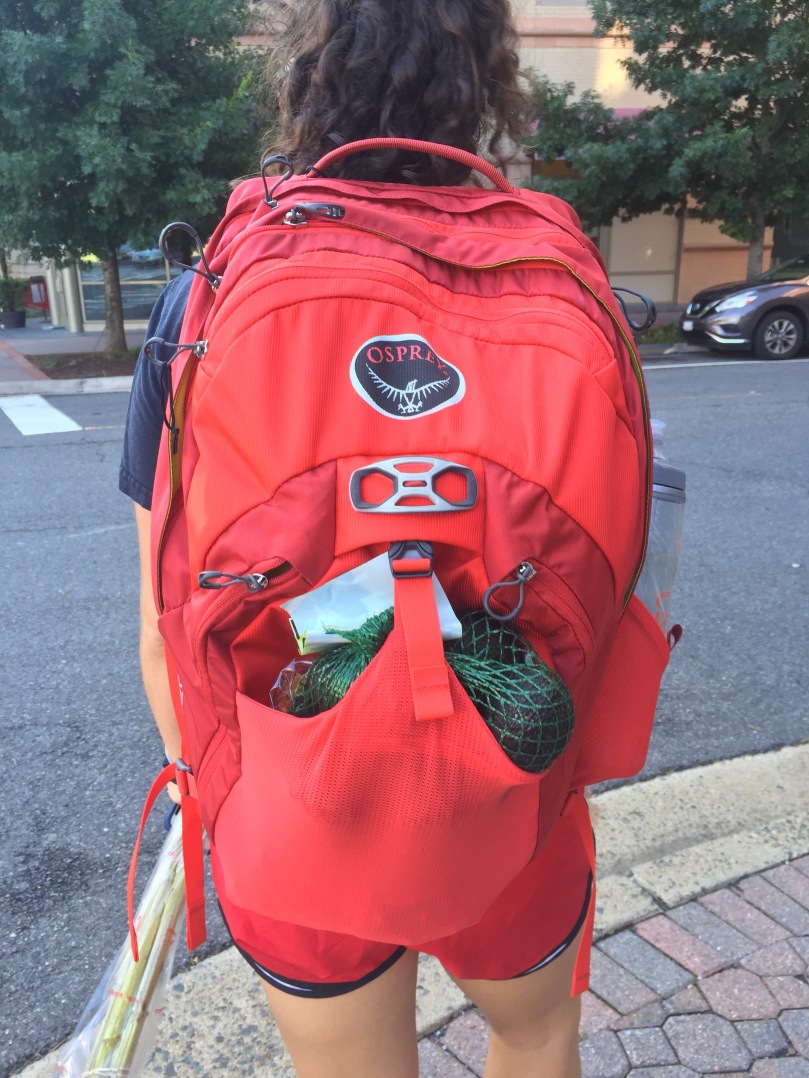 This weekend was busy. I’ve fallen asleep on the couch multiple times, but that’s nothing that a hot shower and the need to do laundry couldn’t fix.

^How we do grocery shopping. Trader Joe’s in a mile away and I refuse to carry bags that far so we shove it all into backpacks.

This weekend Patrick told me he had never had an espresso drink before. Ever. To be fair, the man didn’t start drinking covfefe until January 2016 (thanks to me). We went to Commonwealth before going to Costco and he was pleased!

We went to Arlington National Cemetary which was cool and sad and we ended up walking many more miles than anticipated.

We got home and made dinner and then I took a nap before I ran. I was exhausted and honestly probably could’ve slept through the night, but patrick encouraged me to get out there. It was 4 miles on the plan for yesterday and it went well! Plus I was in my new running shoes! Wheeee!

Today started bright and early to go ride bikes. I woke up at 5:30 and something possessed me to get up and take a picture of the sunrise and then fall back asleep for 30 more minutes.

#snacks. I miss the Team Snacks Slow Your Roll rides, so I’m doing them in spirit! 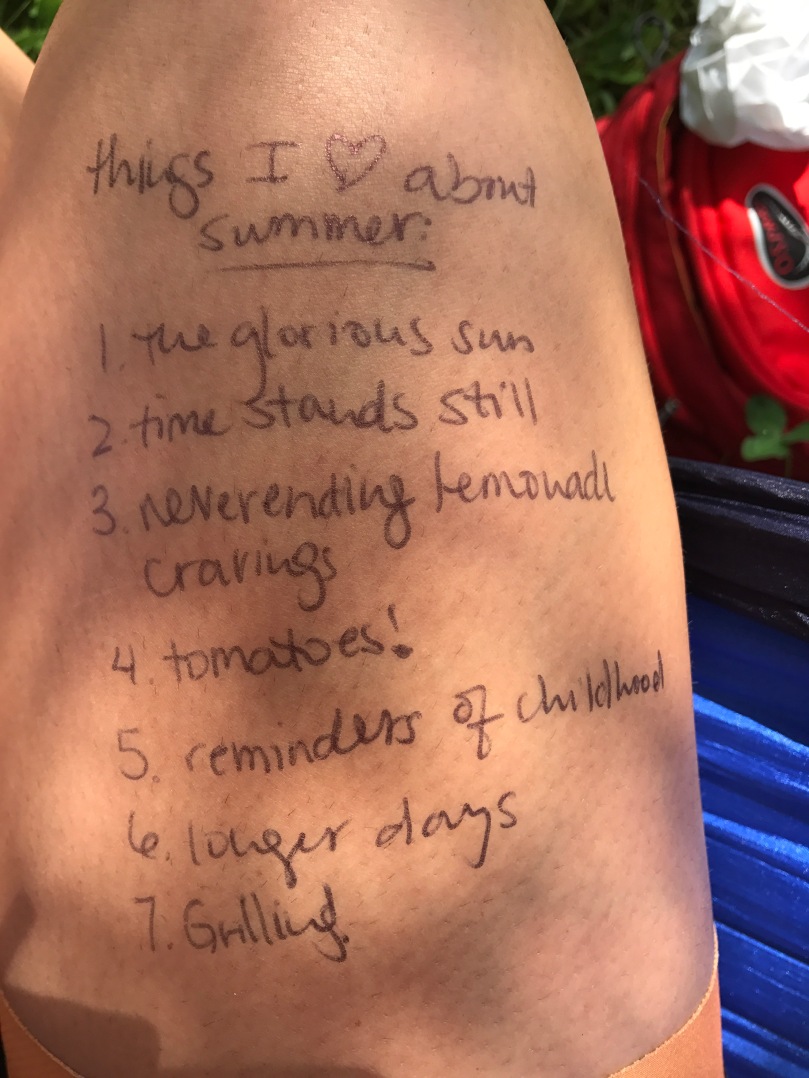 I hammocked for an hour waiting for patrick to finish and listened to Stuff You Should Know and RadioLab. This list popped into my head at some point too. 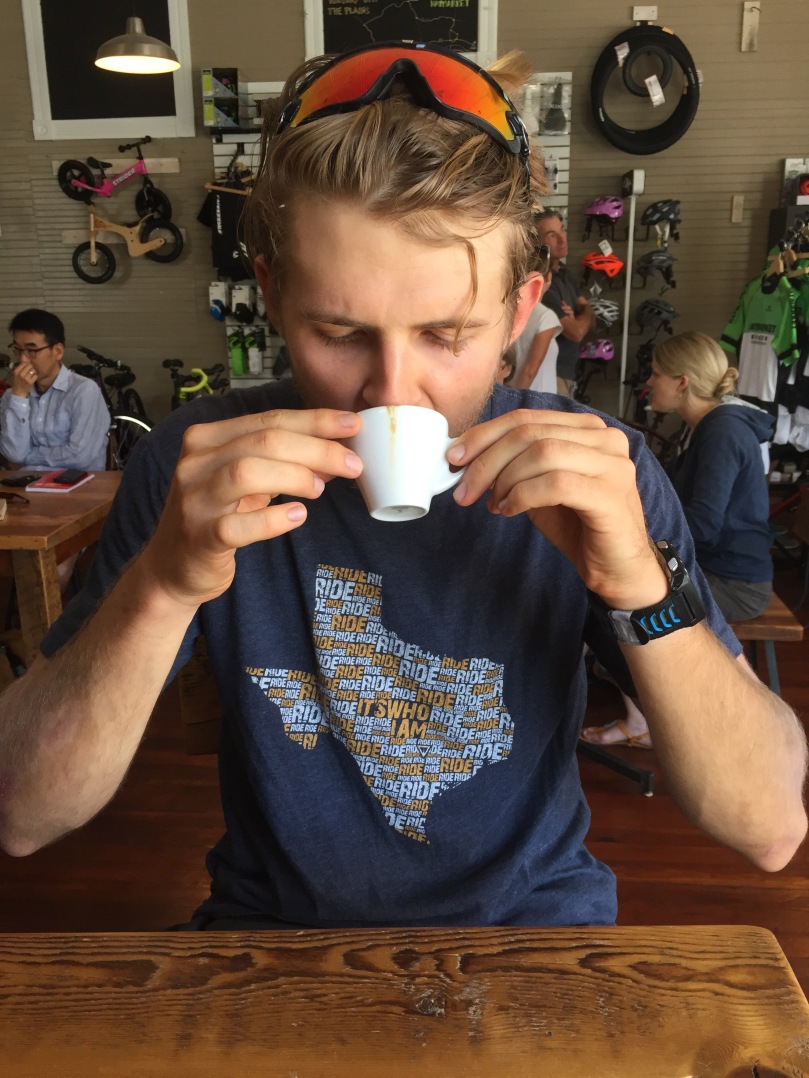 When patrick finally finished we drove a town over so that we could get coffee! I got a ginger peach Italian soda and patrick got an espresso macchiato (two espresso drinks in 24 years of life and he’s already talking about buying an espresso machine).

Finally we stopped at a Walmart because I had found that they sold Topo Chico at a few in Virginia! It wasn’t in the water section so patrick was bummed, but I (the brains of this entire ordeal) suggested checking the “Hispanic foods” aisle and voila! Topo Chico! Patrick says it makes him very, strangely happy and reminds him of home.

When we finally got home I slept on the couch and am now sipping wine while patrick folds clothes.

I’m not really in the mood to write, so instead I’ve gathered the few pictures I’ve taken the last couple weeks and will elaborate on each one! #lazy 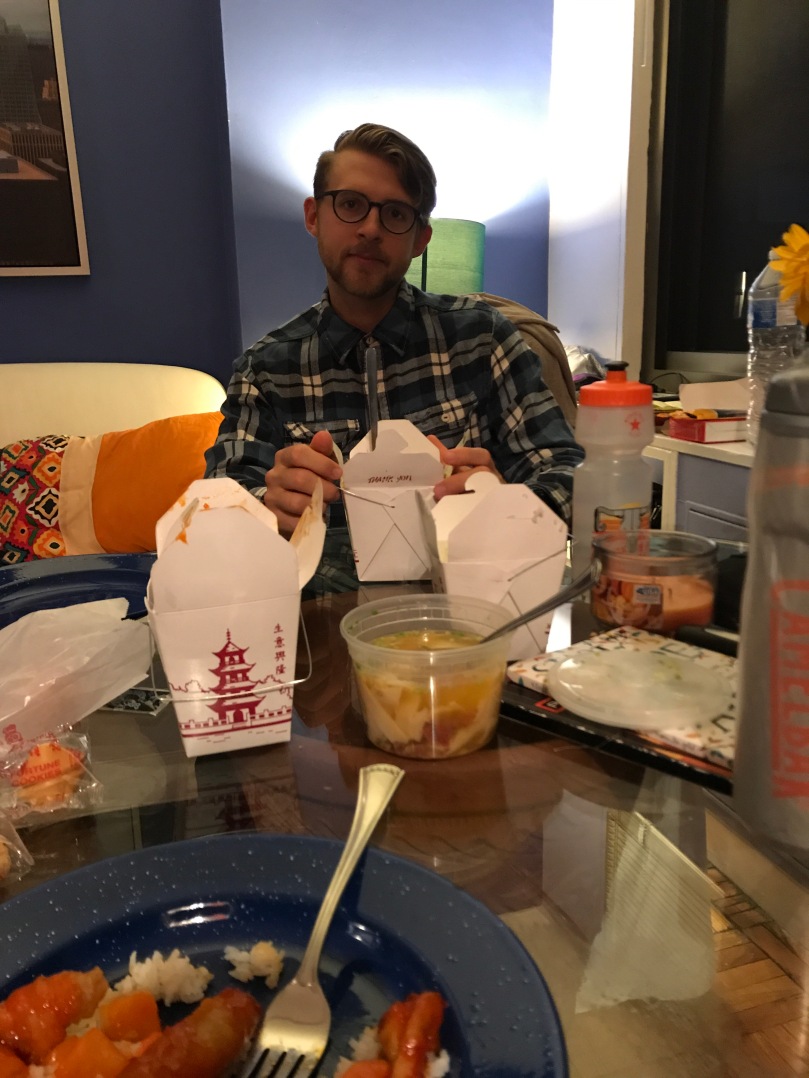 The other week I was craving Chinese food like no ones business. Lucky for me, there’s a restaurant right by our house! We got take out because, again, #lazy. It was delicious and I 100% felt like I was in a Friends episode. 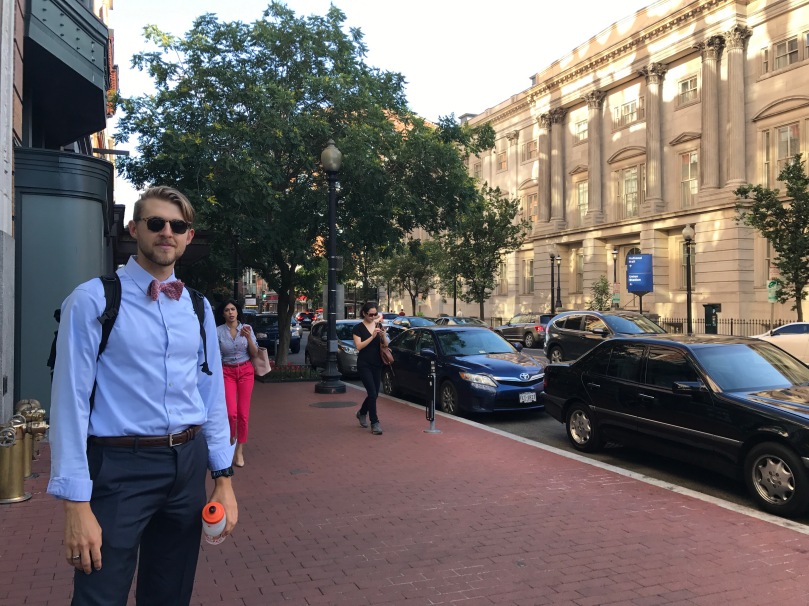 Two Fridays ago Patrick met me by my work and we planned to go listen to some jazz in the park! Unfortunately there was a loooong line to get in and jazz is not important enough to me to wait in line so we ventured around the city! 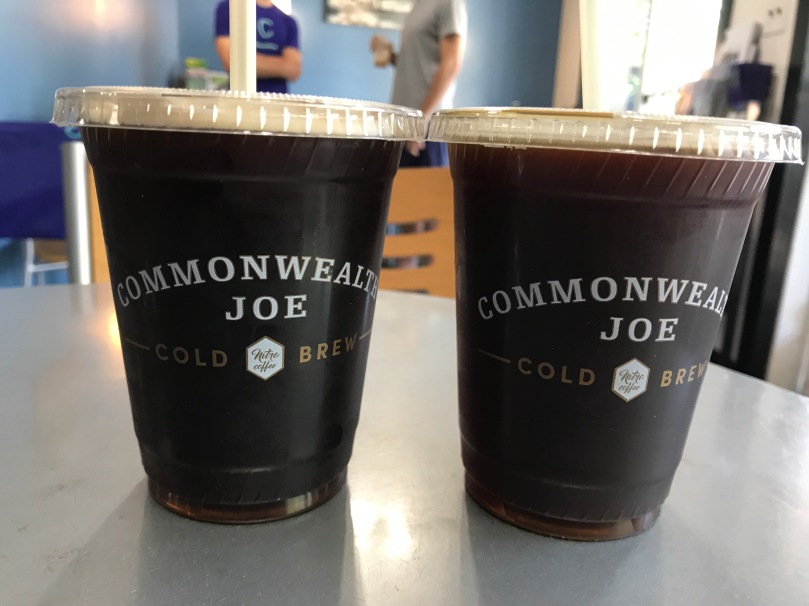 Patrick used to h8 iced coffee, but he tried this nitro cold brew at work one day and raved about it so we went and got some one Saturday! You know it’s legit when they don’t add ice. We probably should’ve split one because it felt uber caffeinated and I thought my head was going to explode!

I was searching for some good trails to run on (for the softer impact) and finally found some! So far I’m loving the trails on Teddy Roosevelt Island, the Potomac Heritage trail, and the C&O Canal (because it reminds me of Lady Bird Lake)!

A pizza place by our apartment has 50% off pizza on Mondays and it was awesome. We got two big pizzas and had leftovers for the rest of the week! Muy delicioso. 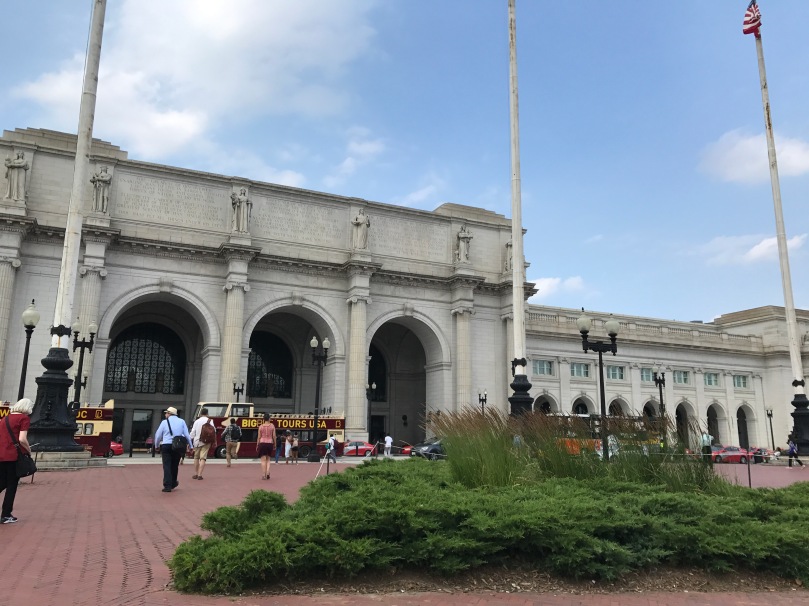 Union Square! I call the metro “the train” but turns out this is an actual train station so I need to get my ish together and not look like more of a tourist than I actually am.

Last week the dairy industry hosted an ice cream social and it was awesome. Duh.

On Saturday we went to the American History museum and then to the Sculpture Garden to beat the heat. I would’ve swam in the fountain because I was so hot but feet splashing was the only acceptable option. 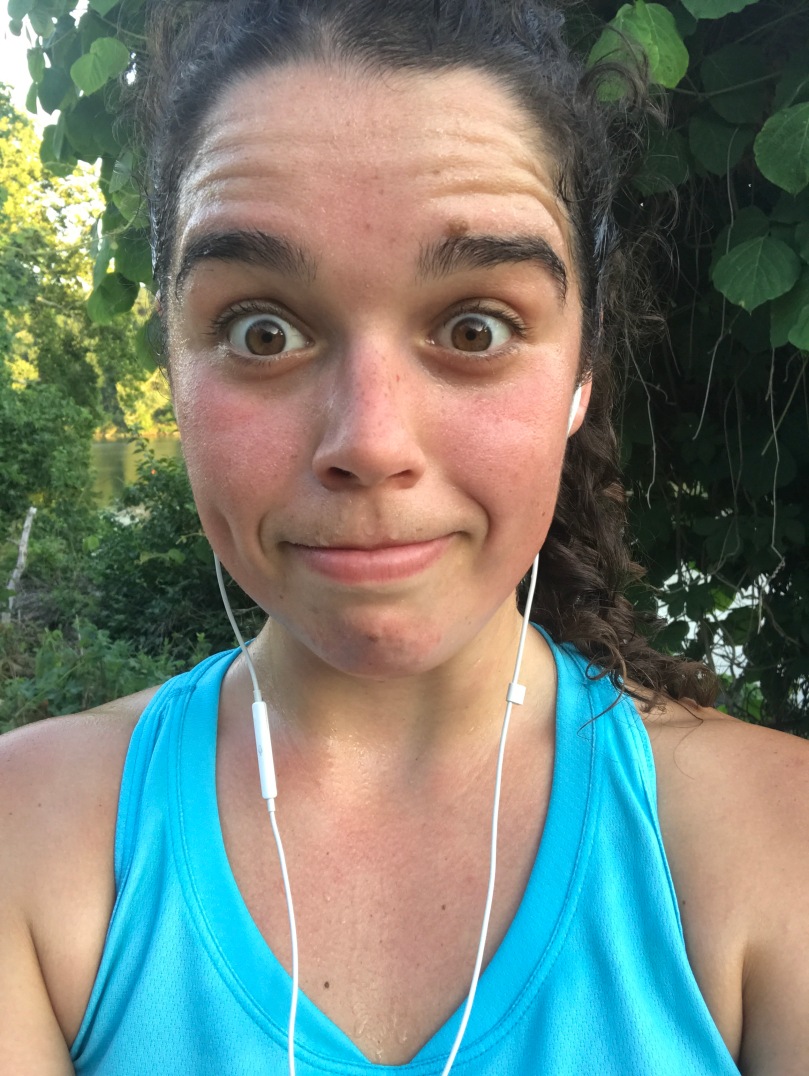 Post-run burgers. All the yes.

Out somewhere near Marshall, VA. It’s a rural area we go to to ride bikes! It’s beautiful and hilly and there’s an incredible bakery in the town. See below!